This is part of the UAE’s humanitarian efforts to alleviate the suffering of the Yemeni people and provide health services in remote areas. 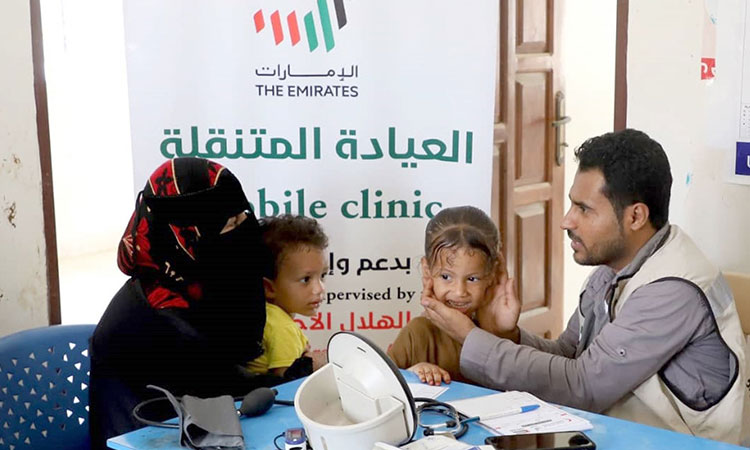 He added that 15,784 beneficiaries have so far benefited from the clinic’s services.

He made the statement during his visit to the ERC headquarters in Abu Dhabi, where he was briefed on the objectives of the “Hifz Al Naema” and “Al Ghadeer UAE Crafts” projects.

During the visit, Sheikh Hamdan said that the Hifz Al Neama project will help rationalize consumption and recycle excess food, clothes and furniture, donating them to people in need.

The project also encourages individuals and public and private entities to reach out to people in need and enable them to benefit from excess food, he added.

He then reviewed the objectives of the Al Ghadeer UAE Crafts project, which aims to improve the standard of living of the craftswomen involved and to support them financially and socially, as well as to showcase the heritage and cultural identity of the UAE. .

He was then briefed on the strategy, plans, initiatives and achievements of the Hifz Al Neama project, which since its launch in 2004 has supported beneficiaries inside and outside the country.