If you have a few free minutes on a subway or a bus or even a good few hours on a plane, Descenders is a great roguelike that focuses on extreme cycling. It’s fast, rewards star power, and also offers some pretty hilarious kills for those of you like me who struggle with racing games. Still, Descenders bought me a good few hours as I soared through the air in a flying metal tube, and I couldn’t be more grateful.

Editor’s Note: Check out our review of Descenders for consoles and PC.

Descenders is not a plot-laden game. It’s literally the player racing down procedurally generated courses, setting up flashy stunts and collecting items. I hope you avoid dying, but really, it’s inevitable. The question is whether you as a player can postpone it for as long as possible.

Typically, each track takes around a minute to complete, and although the tracks themselves are procedurally generated, they are linked in a series that eventually leads to a “boss track”. Well, theoretically they do anyway. I never really succeeded. While your objective is, of course, to complete the track, each track also has a randomly generated objective, such as completing the track within a set amount of time or performing a certain series of stunts. Achievements earn you perks like better crew members, bikes, and other related items. Descenders offers a lot of variety, so if you’re an item collector, you’re definitely going to enjoy this game. The tracks themselves offer refreshing variety, so you won’t find yourself bogged down in repetitive gameplay, which is really fantastic when it comes to a mobile game. 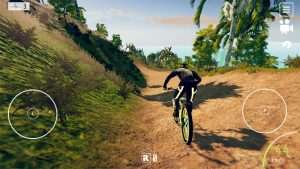 It was good. However, as a mobile port, Descenders relies on touchscreen controls, with all the issues that entails. Surviving the courses requires very deep and granular control over your rider, and the touch controls just don’t offer the level of control needed. There’s always a little too much lag between the moves you make and when you want your rider to do them. Also, if you’re not paying attention (or encountering turbulence), you may not know that your thumbs are drifting too far one way or the other.

Descenders offers support for peripheral controllers, but honestly, if you’re playing the game on a phone, those aren’t practical. I can see Descenders playing better on an iPad or other device-supporting tablet. As it stands, the game’s biggest downside is the controls, because in a speed-focused game, having laggy controls makes the game often frustrating and unforgiving. 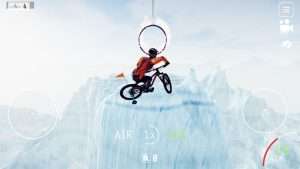 Visually, Descenders is a fantastic port that doesn’t really require much from your phone. I played on an iPhone 8+ and the device handled the game without issue beyond the touchscreen issues discussed above. I didn’t play with the sound because I was on a plane so can’t really comment. However, the encoders have done such a fantastic job with the port, I can only imagine the sound is up to par as well. 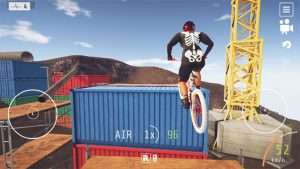 Despite the control issue, Descenders offers a really fun take on the roguelike genre, and honestly, it shouldn’t work as well as it does. However, despite everything, I found Descenders to be worth it.

Parents shouldn’t worry about allowing children to play the game apart from the same frustrations that adult gamers will feel, and there’s really no problem with having to stop the game to do other things, like land.

You can buy Descenders from the App Store for the incredibly reasonable price of $9.99.

Parasitic thoughts behind the keyboard 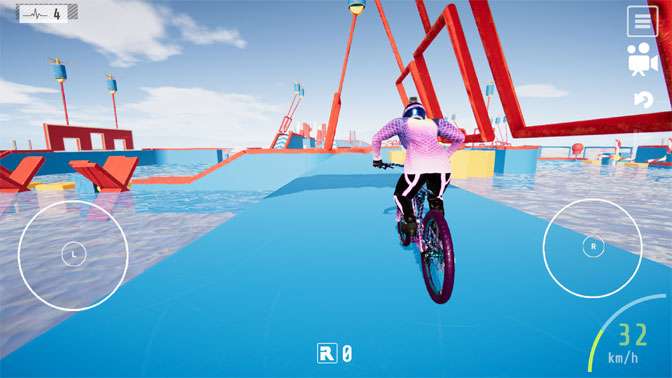